Welcome to our October Newsletter

It’s an exciting time for property owners, with Australian housing values continuing to rise in many markets.

The rate of growth has slowed down of late, but is still well above average.

Lockdowns continue to affect sales and listing volumes, but once restrictions are eased, activity is expected to recover quickly, as was the case in Melbourne this time last year.

At its October meeting, the Reserve Bank of Australia (RBA) left the cash rate on hold at the historically low level of 0.10 per cent.

The RBA’s decision came as no surprise. RBA Governor Philip Lowe recently indicated the board would not increase the cash rate until actual inflation was within the 2 to 3 per cent target range – a condition that will not be met before 2024.

Lowe noted that housing prices were continuing to rise, although turnover in some markets had declined following the virus outbreak. He said housing credit growth had picked up due to stronger demand for credit by both owner-occupiers and investors.

There are signs that freshly listed housing stock is starting to lift as the spring selling season begins to heat up, according to CoreLogic research director Tim Lawless.

“Every Australian capital city has seen a lift in the number of new real estate listings over recent weeks, with some of the largest listing increases recorded in those capitals navigating lockdown. Despite this, the new listings trends remain below the five-year average in every capital apart from Adelaide, Perth and Darwin,” Lawless said.

“Nationally, new listings bottomed out over the four weeks ending September 5th with just 31,731 new listings added to the market, the lowest volume since the seasonal low in January this year. While new listings have since lifted by 9.8%, the number of new listings is currently -21.6% lower than the recent high in March and -3.9% below the five-year average for this time of year.”

Interestingly, capital city houses are continuing to record a stronger growth rate than units, but the gap is narrowing. In the first quarter of 2021, house values in capital cities were rising about 1.1 percentage points faster than units each month, but by August the average performance gap decreased to 0.7 percentage points.

Meanwhile, Australia saw the highest number of annual property sales since 2004 over the year ending August 2021.

Mortgage competition remains fierce amongst lenders, with plenty of great deals available. Speak to us to find out more! 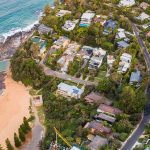 How to invest in a holiday home 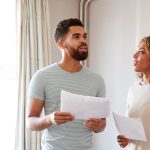 A step-by-step guide to property investing 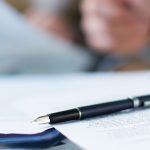 4 signs it may be time to refinance