Welcome to our May newsletter

The property market is in full swing with overall market conditions remaining strong despite signs of the growth trend gradually slowing down. We are now seeing an increase in new property listings, which will likely continue to support strong buyer demand. Read on to find out more.

The Reserve Bank of Australia (RBA) decided to keep the official cash rate unchanged at 0.10 per cent at its meeting on 4 May. The Board also decided to maintain the current policy settings, including the yield on the three-year Australian government bond, as well as the parameters of the Term Funding Facility (TFF), and the government bond purchase program.

RBA governor Philip Lowe said in the previous meeting that the rollout of vaccines is supporting the recovery of the global economy, although the recovery is uneven. In Australia, the economic recovery is stronger than had been expected. “Housing markets have strengthened further, with prices rising in most markets. Housing credit growth to owner-occupiers has picked up, with strong demand from first-home buyers,” Lowe said.

The latest REA Insights Weekly Buyer Demand Report shows that the buyer demand remained high last week, falling slightly by 0.6 per cent. Demand has been at high levels throughout the latter half of 2020 and increased further in 2021, which suggests the continuous momentum in the housing market. Paul Ryan, REA Group Economist said, the demand is likely to remain at elevated levels over the coming weeks and months as interest in the property market remains high. “However, more stock coming onto the market will likely lead to more buyers transacting on new homes, which in turn could weigh on the overall level of demand,” he added.

CoreLogic’s home value index shows price growth slowed down in April, however home values rose by 1.8 per cent across all capital cities and the rest of state regions. The housing values are still rising at a rapid pace in the past three months at 6.8 per cent however, the pace could slow further over the coming months. “The slowdown in housing value appreciation is unsurprising given the rapid rate of growth seen over the past six months, especially in the context of subdued wages growth. With housing prices rising faster than incomes, it’s likely price sensitive sectors of the market, such as first home buyers and lower income households, are finding it harder to save for a deposit and transactional costs,” CoreLogic’s Head of Research, Tim Lawless, said.

CoreLogic data now shows above average new listings added to the market signalling an improvement in vendor confidence. “Prospective vendors are likely becoming more motivated to test the market thanks to such strong selling conditions as well as housing prices pushing to new record highs in most areas,” Mr Lawless said. This strong selling conditions were seen in the auction clearance rates which were in the upper 70% range throughout April.

Talk to me before you get started

So, what’s on your to-do list this month? Remember, whether you’re buying or selling, now is the time to start preparing. Please give us a call to chat about your plans. We’d love to hear from you! 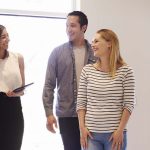 Who’s who in a property purchase? 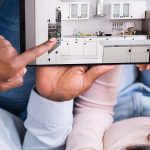 What to consider before renovating 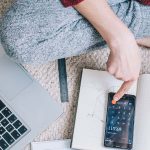 Take control of your budget