Welcome to our August Newsletter

Australian housing values continued their upward trajectory in July, rising another 1.6%, despite lockdowns in many parts of the country.

This brings national housing values up a staggering 16.1% over the past year. But some experts say there are signs that the market may be losing some momentum.

The Reserve Bank of Australia (RBA) has once again held the official cash rate at 0.10 per cent to support the economy’s pandemic recovery and expansion.

RBA Governor Philip Lowe previously said that the bank would not increase the cash rate until actual inflation was within the 2 to 3 per cent target range.

“The Bank’s central scenario for the economy is that this condition will not be met before 2024,” he said.

While a rate hike is likely not in the cards any time soon, Lowe said the “condition for an increase in the cash rate depends upon the data, not the date; it is based on inflation outcomes, not the calendar.”

As mentioned, over the last 12 months, national housing values have increased 16.1%— the fastest pace of annual growth since February 2004, according to CoreLogic’s National Home Value Index. However, the monthly national growth rate has slowed since March from 2.8% vs. 1.6% in July.

Across each of the capital cities, dwelling price appreciation is also trending downwards with Sydney leading the way. Sydney’s monthly capital gain fell from 3.7% in March to 2.0% in July.

“Worsening affordability is likely a key contributing factor in the slowdown [in Sydney], along with the negative impact on consumer sentiment as the city moves through an extended lockdown period,” said CoreLogic’s Research Director Tim Lawless.

What’s the reason for this slowdown in monthly growth rates?

While buyer demand is still high, in part because of record-low interest rates, there’s also a major supply issue with active listings remaining about -26% below the five-year average.

“Prospective buyers are likely to be feeling a sense of urgency due to the level of competition in the market. However, with affordability constraints starting to impact purchasing capacity, it’s possible market activity could reduce through the second half of the year, helping to rebalance the market and take some heat out of the rate of house price growth,” Lawless said.

If you’re in the market, we can help you get your finances, pre-approval and home-buying plan in order, so you can make your move when the timing is right.

Give us a call to chat about your plans. 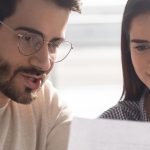 Should you refinance now? 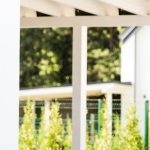