Welcome to our April Newsletter

As the Easter eggs come off the shelves, some aspiring homeowners are shifting their focus from chocolate to securing a property during the busy Autumn buying season.

If you’ve been struggling to break into the property market, it’s worth looking into the  government’s proposed $8.6 million expansion of the Home Guarantee Scheme, which if elected, aims to get people into the housing market sooner.

As announced in the federal budget by the Liberal Government, here’s what’s on offer:

The schemes can only be used on homes under a certain price guide outlined by each state and territory government. To find out more about whether you could be eligible, speak to us.

The Labor government have confirmed they’ll also have the regional buying policy with only 5% needed if elected but have not yet stated what they’ll do for metro areas.

We’ll continue to provide updates on the latest information that comes from both political parties on the issues that affect your business as we get closer to the Election.

Meanwhile, property prices in Sydney and Melbourne fell last month, despite a modest national uptick in the monthly growth rate. Let’s take a look at what’s been happening in the property world.

At its April meeting, the Reserve Bank of Australia (RBA) kept the cash rate on hold at 0.10 per cent, as it continues to monitor how various factors affecting inflation evolve.

Many economists believe there will be an increase later this year, with some expecting it to come as early as June. The Government’s large-scale cost of living packages announced in the federal budget added further fuel to the fire that interest rates could rise.

Interest rates have been on the move recently, with some lenders slashing variable interest rates and some increasing their fixed-rate loans. Check with us to see how your lender compares to others.

National housing values crept up 0.7% in March, a small increase on the 0.6% rise in values recorded in February.

In Sydney and Melbourne, prices fell by 0.2% and 0.1% respectively and their growth rates were slower in the March quarter than other capital cities.

Brisbane (2%) and Adelaide (1.9%) saw the strongest growth in dwelling values in March, while property values increased by 1% in both Canberra and Perth.

CoreLogic’s research director, Tim Lawless, said while the monthly rate of growth was up among some cities and regions, there was mounting evidence that housing growth rates were losing momentum.

“Virtually every capital city and major rest of state region has moved through a peak in the trend rate of growth some time last year or earlier this year,” Mr Lawless said.

“The sharpest slowdown has been in Sydney, where housing prices are the most unaffordable, advertised supply is trending higher and sales activity is down over the year.”

“There are a few exceptions to the slowdown, with regional South Australia recording a new cyclical high over the March quarter and some momentum is returning to the Perth market where the rate of growth is once again trending higher since WA re-opened its borders.” Meanwhile, housing values across the combined regional areas rose at more than three times the pace of the combined capital cities through the March quarter.

Why not make your Easter month extra sweet with a property purchase you’ll always remember? Get in touch to organise pre-approval on your finance today. 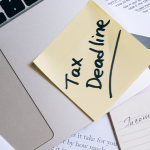 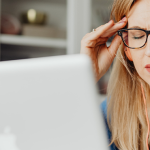 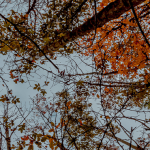